Unemployment creeping back up in Routt County with more claims expected 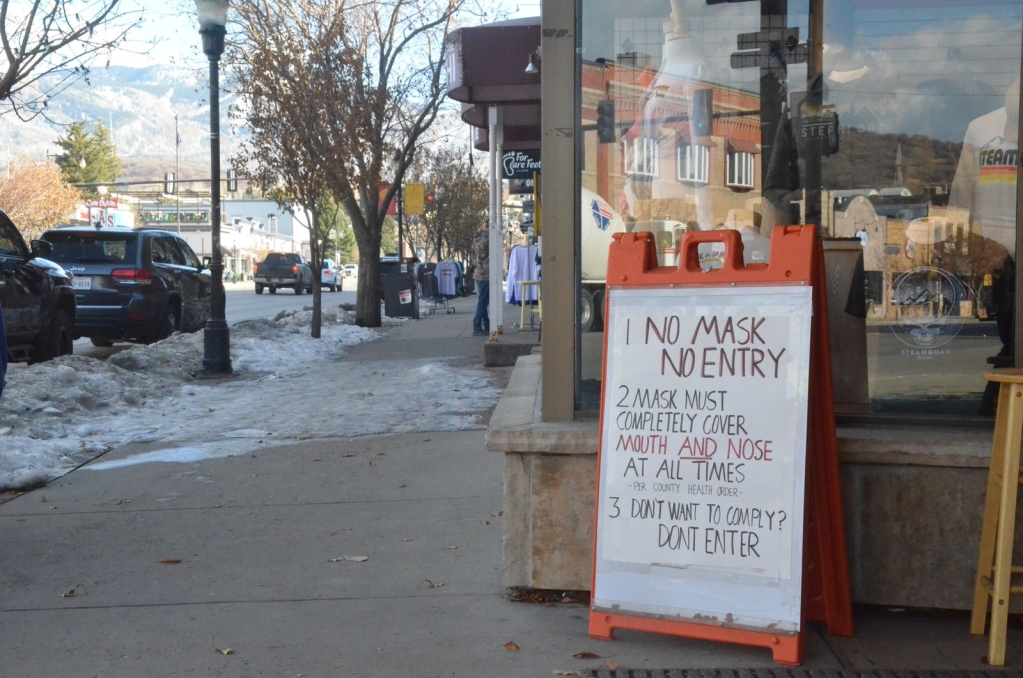 STEAMBOAT SPRINGS — Unemployment is beginning to creep back up in Routt County as claims have started to rise after they decreased each week since the end of May.

“We’re expecting new jobless claims to go up,” said Jessica Valand, regional director for workforce development for the Colorado Department of Labor and Employment. “You can see that in the data trickling over since the beginning of October.”

Jobless claims remain at levels just over a quarter of where they were in May, but as restrictions have increased to slow the spread of COVID-19, so has the number of people filing for unemployment in Routt County.

“Every time that there is a new public health order that is enacted that puts capacity limits on any business, you are going to see layoffs as a direct result from that,” Valand said.

Routt County will enter level red of the state’s dial framework at 5 p.m. Friday in an attempt to slow community spread of the virus.

Valand said she has been receiving calls from people who have been laid off and anticipates those calls to continue in the coming weeks.

“We have seen an uptick in that in the past several weeks that they are reporting. It is a little bit delayed on some of the data, but we have seen an increase,” said John Bristol, economic development director for the Steamboat Springs Chamber.

The situation unemployed workers now face is very different from earlier in the pandemic when unemployment spiked.

After a stay-at-home order was issued by Gov. Jared Polis in April, unemployment claims skyrocketed. Nearly 2,000 Routt County residents filed for unemployment the first week of May, the highest of any week this year.

At that point, the federal government had taken steps to provide one-time payments, additional unemployment benefits and forgivable paycheck protection loans for businesses. Many of those benefits are no longer available.

The CARES Act extended unemployment benefits by 13 weeks and provided benefits for workers who would not usually be able to get unemployment, but that is set to expire at the end of the year. Lawmakers left Washington, D.C., on Thursday for the Thanksgiving break without forging a deal on more pandemic relief.

The lack of federal support for workers has been a large part of Polis’ reluctance to reinstate any stay-at-home orders in the state, despite the disease being more prevalent in Colorado now than at any point during the pandemic.

State lawmakers are gathering in Denver for a rare special session to pass COVID-19 relief, but state coffers are limited.

“We hope this targeted relief package will bridge the gap and keep families fed and rents paid until additional federal relief is available,” said Colorado Senate Majority Leader Steve Fenberg, of Boulder, in a statement Tuesday.

Declining federal support, especially the end of the additional $600 per week in unemployment benefits in July, has made it harder for people to make ends meet, Valand said.

“There is not much that can happen at the state level,” Valand said. “It really is going to require Congressional action for that situation to change.”

For Bristol, it is to the point where businesses need any help they can get.

“Restaurants need support yesterday at his point,” Bristol said. “The delay for supporting our restaurants is unbelievably frustrating.”

Bristol said the Paycheck Protection Plan brought over $60 million into the county to keep businesses afloat, but they need more.

“The intention of that was it was to be a bridge to help small businesses survive, but it wasn’t a long enough bridge, and we have crossed it, and there is nothing on the other side,” Bristol said.

Bristol said PPP was a largely successful program that helped businesses survive, and he believes lawmakers passing a bolstered version of the forgivable loan program would be a good step for businesses.

“That gives businesses other opportunities, other funding opportunities,” Bristol said. “A bridge to hold them over a little bit longer.”