Insurance companies have been using a number of deceptive practices 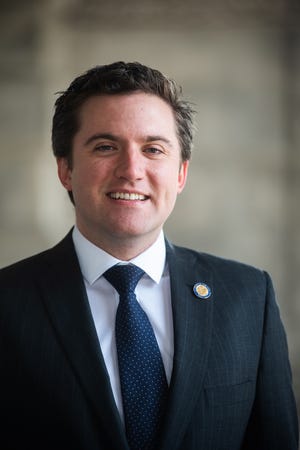 Just as we thought that small businesses couldn’t get hit any harder during the pandemic, their own insurance companies have turned their backs on them in an unforgivable way.  I write this to raise awareness about an issue that hasn’t been talked about nearly enough, yet is something that is crippling Main Street business owners throughout the Hudson Valley.

For the past many months, insurance companies have been using a number of deceptive practices in an effort to avoid paying policyholders who have experienced business interruption due to COVID-19. I’ve yet to meet a single business owner whose work wasn’t interrupted by the pandemic, however, these enormous insurance companies are arguing that viruses and pandemics are excluded from their list of covered “perils” under the existing standard business interruption insurance policy. This is despite the fact that, in many cases, their policies do not outline any exclusion.

I’m calling on my colleagues in the Legislature to pass S.8211A, a bill to close a loophole that allows companies to get away with this. If we don’t take action now, we run the risk of showing these insurance companies that this type of malfeasance is acceptable.

Hudson Valley businesses have been subject to a number of manipulative insurance practices, including: proactively directing people not to file claims, stalling claims that are coming in, waiting for the statute of limitations on contracts to run out in order to avoid paying claims, and refusing to pay if the contract doesn’t have the word “virus” in it.

I recently wrote to the Attorney General asking this to be investigated by her office.

Many insurance companies have no problem collecting premiums when times are good, but are seemingly nowhere to be found when their policyholders actually need help. This is no less morally reprehensible than some retailers price gouging sanitizers and masks when there was a shortage months ago. It’s high time companies do the right thing and work with policyholders to rightfully provide them with the support that they need. Anything less should be punishable by law.

State Sen. James Skoufis, a Democrat, has been representing the 39th District of the New York State Senate since 2019.

The 5 Best Health Insurance for College Students in 2020