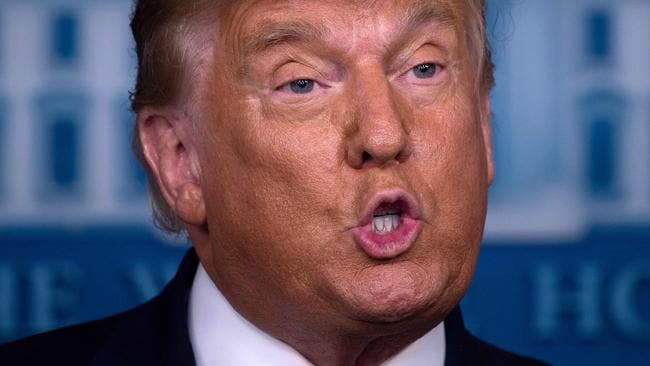 Donald Trump’s campaign and his supporters have been working tirelessly to push claims of voter fraud and to try and get people to believe President-elect Joe Biden stole the 2020 election.

Part of these accusations have been formed by Mr Trump claiming thousands of dead people voted in the election, with his campaign even naming several of the voters on its “Trump War Room” Twitter page.

However, Mr Trump’s accusations seem to be rapidly falling apart, with multiple media outlets debunking his claims after researching some of the alleged dead voters.

One piece of “evidence” that was recently being circulated online by Trump supporters included a list of more than 14,000 dead people who allegedly cast their votes in Michigan.

An investigation by CNN chose 50 of those names to investigate: the first 25 names on the list and then and then another 25 chosen at random.

The outlet found zero cases of voter fraud among the chosen names.

Of the 50 names checked, 37 were dead and had not voted, eight were alive but also hadn’t voted and five were also alive and did vote.

Another name recently used by Trump’s campaign as “proof” of dead people voting was Deborah Jean Christiansen from Georgia.

Trump’s campaign posted Ms Christiansen’s name on Twitter, claiming she voted in the election despite dying in 2019.

To back up their claims they also included a picture of her obituary.

Fox News host Tucker Carlson also spread this claim, telling his followers that even after her death “Deborah Jean Christiansen still managed to register to vote and then cast a ballot”.

Another investigation by CNN recently revealed that, while a woman named Deborah Jean Christiansen did die last year, she didn’t cast a vote from beyond the grave.

The vote in question was instead cast by a woman with the same name, who was born on the same month but in a different year.

This Deborah Jean Christiansen is alive and well and cast her vote for Mr Biden legally.

Ms Christiansen, who originally voted for Mr Trump in 2016 but refused to do so this year, told CNN the false accusation of voter fraud was “ridiculous”.

“The guy lost the election. He should be worried more about taking care of people, with this COVID-19 going on. He’s got a pandemic,” she said.

However, county election officials told The New York Times that there was no record of these people voting and both had been correctly marked down as deceased.

Just like he did with Ms Christiansen, Fox News host Tucker Carlson shared information about Mr Blalock’s alleged vote from the grave.

After it was revealed Mr Blalock had not voted and Ms Christiansen was alive, Carlson retracted his previous statements. However, he remained adamant that “dead people voted in the election”.

“As we reported last week, dead Americans voted in this election. We shared a few examples. But on Friday, we began to learn some of the specific dead voters reported to us as deceased are in fact alive. We initially corrected this on Friday. We regret not catching it earlier. But the truth remains: dead people voted in the election,” he said.

In another example of voter fraud claims being proven false, founder of Students for Trump, Ryan Fournier, made a post about “118-year-old William Bradley” who had cast a vote despite dying in 1984.

This turned out to be untrue, with Politifact getting in contact with Mr Bradley’s son, who shares his deceased father’s name but with a different middle name and lives in the same zip code.

Mr Bradley told the media outlet that he voted by mail and when his deceased father’s ballot arrived he threw it away because he “didn’t want to get it confused” with his own.

A city official also confirmed that no vote had been cast on behalf of the deceased man.

On Thursday, President-elect Biden accused Mr Trump of brazenly damaging democracy through his relenting campaign to try and overturn the election result.

“I’m confident he knows he hasn’t won, is not going to be able to win and we’re going to be sworn in January 20th.”